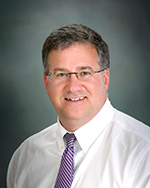 Rodger Hunwick has a Master’s Degree from Oakland University and a Bachelor’s Degree in History and Education from Olivet College.  Before being appointed Assistant Principal at Brownell, he taught History at Parcells Middle School for 20 years.   As a teacher, Rodger was involved in leadership roles with several curriculum initiatives.  He also spent many years coaching football and basketball in our schools.   Rodger and his wife Michelle, an elementary teacher at Maire, have 2 daughters in the Grosse Pointe Public Schools.

Holli, originally from Traverse City, began her career teaching math and science in Fort Wayne Indiana at New Haven Middle School in 2004.  Following a move back to Michigan in 2006, she began teaching at Parcells Middle School here in Grosse Pointe.  While at Parcells, Holli taught both math and science.  In 2016, she was appointed assistant principal for Brownell Middle School.  In 2004, she received her Bachelors in Elementary Education with middle school endorsements in math, science, language arts, social studies, and middle-level specialization from Indiana University.  In 2009, Holli received her Masters of Educational Leadership from Concordia University.  Finally, in 2013 she earned her Education Specialist in School Administration and Leadership in concurrence with the Galileo Institute for Teacher Leadership Program.  Holli and her husband Patrick have two children named Benjamin and Emma.