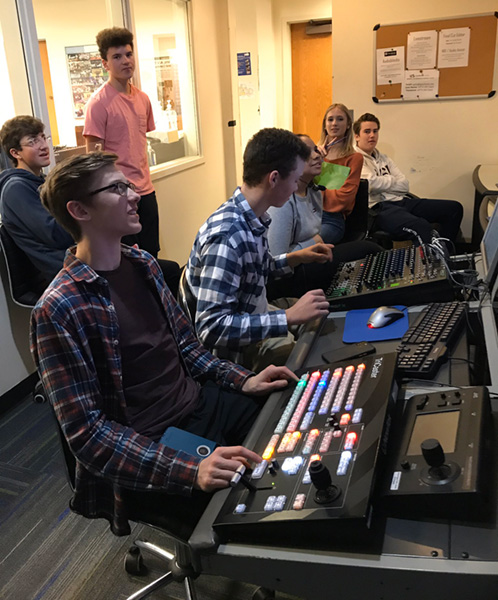 North Students Owen Grice, Emmerson Navarre, and Zach Hogrebe received the Best of Show Award for their PSA Our Dark Room. This emotional PSA about a teenager struggling with various problems was interlaced with cutting edge effects. This is the fifth consecutive year Grosse Pointe North has been awarded a Best in Show. North TV Students who received an award of Excellence:

The Student Production Awards are given out by the MIchigan Chapter of the National Academy of Television Arts and Sciences. Our Dark Room was selected for the PSA award. This is the third Student Production awarded to Grosse Pointe North.

In the Meijer Great Choice Film Festival, South TV had two student productions place as finalists. John Kyle and Chuck Ulbrich were finalist for their PSA on vaping and Will Krick, Brandon Wortman, Demetrios Papas for their PSA on diversity. Both student groups were named as finalists and could win up to a $1500 grand prize in June in Grand Rapids.